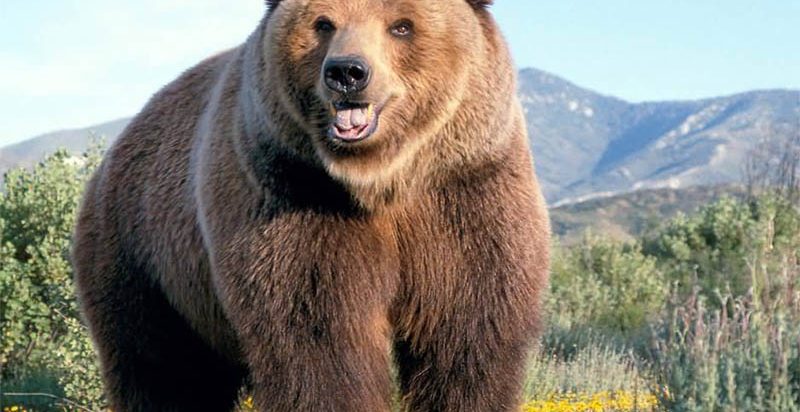 The “Brown Bear”: the evolution of a species.

As a child I was given a teddy bear. It was harmless, never complained and , above all, it kept me company.
It was a soft toy you might say, but that is logical, otherwise how could it have put up with the daily “torments” of a child?! So for a brief and happy period the idea that I had about bears was that they were peaceful creatures, never hungry and above all they were clean and not messy. As I grew up that kind of bear disappeared. It was a time when  wise theories of psychologists and scholars had not yet begun to spread. Instead, a new kind of bear started to circulate: it was frighteningly big, hungry and thirsty for blood. It was the bear in the stories children were told when they stearted to become nuisance and misbehave. Scary stories which, if told today, would lead to prosecution by child helplines. With the passing of time the idea I had of the scary bear slowly but surely disappeared. Then one day I was told: “Today, as a treat, you are going to see a bear,” and I thought “Oh no” as I had just finally forgotten about the scary bear! This bear, however,  was alive but just swaying from side to side behind the bars of a cage. This is a joke I thought, how can such a ferocious and bloodthirsty animal end up like in that state? The poor beast had the power to make ME  feel like a  beast for watching and gloating about its infermities. The years that followed passed  peacefully. One day, I came to know, as everyone did, that the brown bear was going to be reintroduced as an experiment in the forests of Trentino (with the project “Life Ursus”). The authorities reassured everyone that they would always know where the bears were and, more importantly that bears were herbivorous. So I thought, were bears not bloodthirsty and did they not eat naughty children like in the scary stories I was told as a child? After a brief reflection I came to the conclusion that many people had become vegetarian, and so the bear had promptly adapted to current fashion and had changed its eating habits. However i was wrong. After some time I read the title in the  newspaper  “Bear slaughters chickens in a pasture hut”. That cannot be right, I thought, are not bears vegetarian? The bear probably made a mistake. In fact the poor beast must have mistaken chickens for cabbages and as it was trying to eat them, they died of heart attack. Right. Because of this behaviour, considered mischievious, the bear was put behind bars.
But now, you tell me, how should a bear behave?